You are here: Home › What they say

“Did an amazing job, its like a new car!”

I happened to be up in Dublin with work for a couple of nights and I handed my car in to John with two very badly damaged door and wing after a bad bump I had. Within a day John had the car back to me as good as new. I still can’t figure out how he did it to be honest! Very efficient work, speedy and at a great price. Highly recommended.

“I would definitely recommend and use Car Cosmetix again”

I was told about Car Cosmetix through a friend. I already had a quote and Car Cosmetix price was 30% cheaper. I didn’t have to leave my Jeep in a garage for a few days. I would definitely recommend and use Car Cosmetix again.

“I was relieved to have my car back to normal.”

I bumped my car in an underground car park, I was embarrassed and wanted to get it fixed straight away. I saw the Car Cosmetix jeep driving around. I took the number and called them, later that day Car Cosmetix called out gave me a very cheap quote. I was relieved to have my car back to normal.

“Very happy and satisfied and would recommend”

I found Car Cosmetix to provide an excellent and customer friendly service. Not everyone has the time to go to garages because of the disruption that it can bring to a normal working day. Sending a simple picture message by text or email allows for a quote to be given. Then the fact that Car Cosmetix collected and returned my car within one day was absolutely brilliant. I had no hassle whatsoever. Needless to say the job done was excellent. Not a sign of there ever having been a bump or a scratch. I would recommend Car Cosmetix to anyone who has had the misfortune of damaging the bodywork on their car.

Found Car Cosmetix to be very professional and the service was great. I had my car picked up in work and dropped back by the end of my shift. Car Cosmetix also arranged a replacement car for me in case the work wasn’t completed in time. The quality and value of the repair on my car was flawless and I would have no hesitation of using Car Cosmetix again or recommending them to a friend.

“Outstanding to say the least”

Car Cosmetix work is outstanding to say the least. His response to my query for a quote (after seeing pictures of the damage) was quick, the quote itself was very reasonable given I measured it against two other repairers. Car Cosmetix came to my home and picked up the car when they said they would, did the job and dropped the car back exactly when they said they would. The work was of the highest standard that there was no evidence a scratch/dent had ever existed. It was like magic! Most importantly, there was no change in their original quote. Car Cosmetix are true professionals, a rarity in this line of business. I am very happy to recommend Car Cosmetix work to others who may need their services.

Get a Free Online Quote Now

WhatsApp Text it Email it 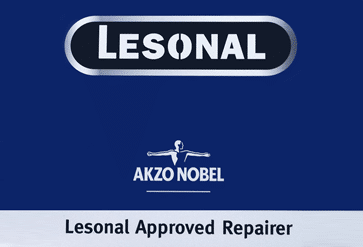 Get a free quoteSEND US PHOTOS

We use cookies to ensure that we give you the best experience on our website. If you continue to use this site we will assume that you are happy with it.OkNoCookies Policy